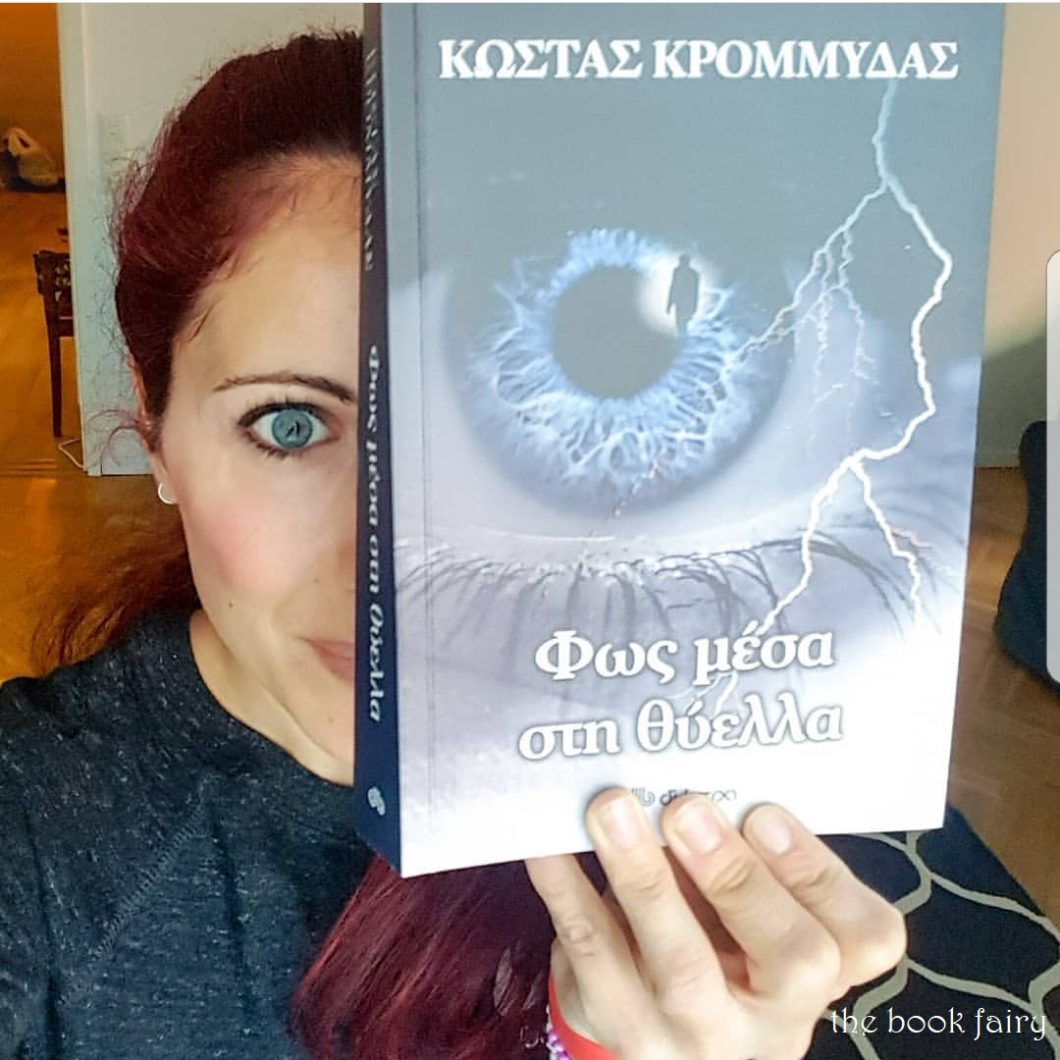 On our summer holidays in Greece, I stamped upon a book with a huge blue eye on the bookstore shelves. I didn’t know why but I just felt the urge to buy it right away. I felt terrified and calm at the same time, just by looking at it. You can imagine my joy when I picked up the package from the Diopter Publishing House and I realized it was in it. As I read another book at that time, I left it aside for a while. But, he the blue book with the big eye, had no patience to wait, and it was pulling me like a magnet to grab it in my hands, open his pages and get lost in the storm of his words. “Athora” is the English version of the book by Kostas Krommydas.

First of all, I have to say that I was impressed by Kostas Krommydas’ intensive descriptive style. His bold way of writing, combined with the cleverly stunning plot of events has created a very pleasant feeling while reading from the very first pages. His descriptions of Greek landscapes are so vivid that you can easily create the image in your mind and I can only fully agree with him about Ikaria and the way of life on the island. As far as the fantastic island of “Athora”, where the novel take place, nothing at all seemed fantastic. I would have no problem to include it in the Aegean islands. Now I will say there is one more out there, like the lost Atlantis.

As on a film, the island of “Athora” falls victim of nature’s fury, and there is a test of strength of the people on the island. As if that were not enough, our heroine, along with the others, is trying to break the tangled yarn in the case of a devastating murder on the island. I have experienced anxiety and adrenaline striking red in every chapter of the book and like heroine Fotini, I thought I was involved in a film of destruction. The only difference was that I was closing the book as a big director and saying “cut”. I always feel exhilarated to see the power of nature, which we people so wrongfully mislead.

The author dares to emphasize the feeling of prejudice that the Greek perceives for every immigrant arriving in Greece and oscillates through his heroes in the eternal battle of good and evil, unfairness and law. Based on this, it accurately describes the powerful survival instinct that prevails over all the other trifles in difficult times where the human race is threatened. ” In difficult times logic is lost and chaos is dominating” they say. Like the two sides of a coin, the world is divided and either struggling by itself, for salvation, or fighting as a whole for the good of all. I hope I do not have to ever experience it!

Last but not least, I would like to congratulate Mr Kostas Krommydas on his move to write in first person  and much more with a woman’s voice. A successful woman who dares to claim her dreams and follows her instinct. She struggles alone with herself, between her passions and the sound of logic in her head, but thankfully she does not seem to be weak and in the need of a man to survive. Difficult for a male writer, to get so successfully in the shoes of such a demanding woman.

“Athora” is a book that flows easily and quickly, without making you feel bored form a moment. It is an excellent book that combines a crime plot with intense mystery and that makes it worthy standing next to other books of its kind. It could very easily become a movie and it will not surprise me if I find it one day translated in Sweden as well. Finally, I will passionately hold on Gabriel’s words to Fotini “… Love is magic … when you don’t believe in it, it just does not exist …”  I totally agree with him. Love for life itself is what keeps us alive in troubled times! 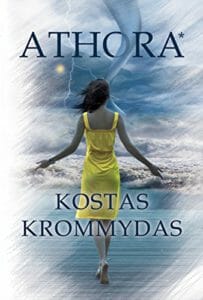 Until next time…just keep reading