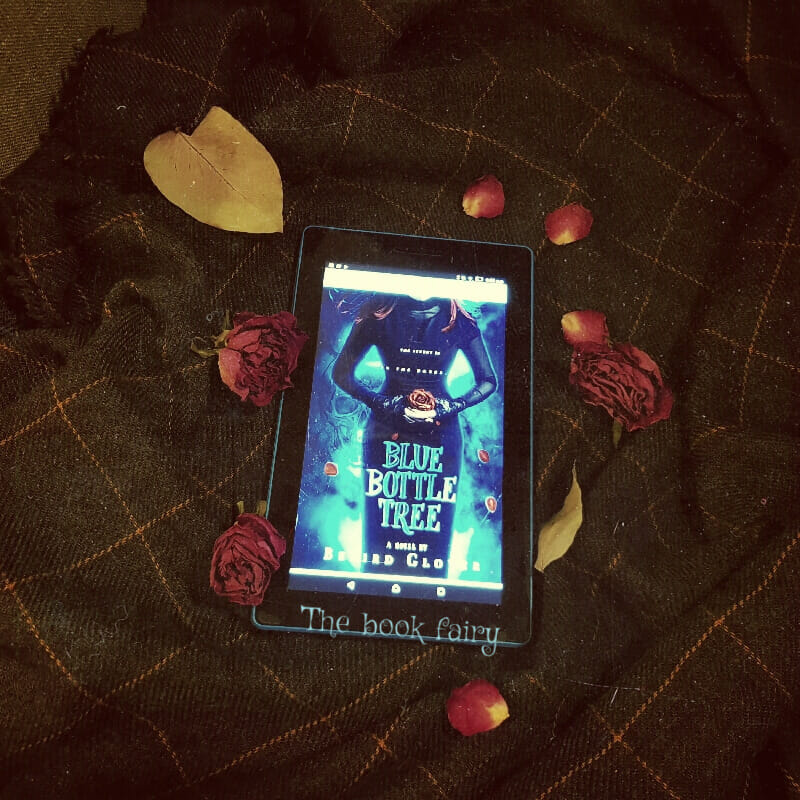 I received a copy of the book “Blue Bottle Tree” by Beaird Glover and the Parliament House Publishing, in exchange of an honest book review. First of all I have to say that I have never EVER read a e-book before and second a book with this kind of Voodoo themed plot. The basic story awakened my curiosity and this is why I chose to read it.

The main characters, Seven and Penny, are two teenagers feeling awkward with each other not knowing exactly if they like each other, love or hate each other or even what it is that drive them together. He stares and stalks her from his cave for hours while she practices the clarinet and reading her National Geographic, thinking and feeling safe that she can’t see him. But the girl knows. She feels his eyes on her. And even if it feels creepy the most time, somewhere in her mind it makes her feel safe. Then comes the other characters in the story Maria LaVey and Victor and everything takes a strange turn. At that point I felt a little bit confused but after a while everything falls in place again.

The most interesting part of the book is when evil and vengeance Victor turns Seven in to a Zombie. The authors battle between science and religion Voodoo / Hoodoo stuff made me want to read more. Even when there was a scientific explanation of everything somewhere in there the fear was luring. It got me the chills. Can somebody really be dead but not be dead? The author writes from 3 characters point of view and this gives a different spice in the books flow. The style of writing is clear and it makes it more easy to read.

I think that Beaird Glover, chose his characters from the aspect of their age because teenagers are a little bit of ignorant about the dangers in life. Their need of recognition, acceptance, fame and be a part of a cool gang, makes them easily victims of deception. Something like that happens with the heroes of the “Blue Bottle Tree”. On the other hand the author made me feel sympathetic towards Seven and Penny and mad with Victor and Mad Dog. At the end of the book you are left with a feeling of satisfaction and justis and that is fine by me.

If you are in the mood to read something different than you are used to read, this is a good escape. I always say that a book turns out to be good when it has the ability to make you feel at least some kind of a feeling at the end…

Until next time….just smile and be happy!